Before heading off on our recent French adventure I trawled through the pages of David Lebovitz’s Living the Sweet Life in Paris blog for veggie friendly suggestions. An American living in Paris, David has gained wide acclaim and is well known as the blogger authority on all things Paris food. Check out his blog for veggie friendly suggestions here.

I was super excited when I discovered, through David, that there was actually an organic vegetarian cooking teacher offering classes in Paris. Things worked out even better when our trip coincided with Terresa’s annual summer escape to the countryside and our stay in the Loire Valley. Another American in Paris, Terresa’s business is called La Cucina di Terresa. Since putting down roots in Paris in 1996 she has developed a wonderful operation focused on promoting local artisan food and wine producers and guiding visitors through markets and home style healthy and organic French cuisine.

The first part of our tour saw us meet Terresa in the Market town of Loches, in the Loire Valley, France. 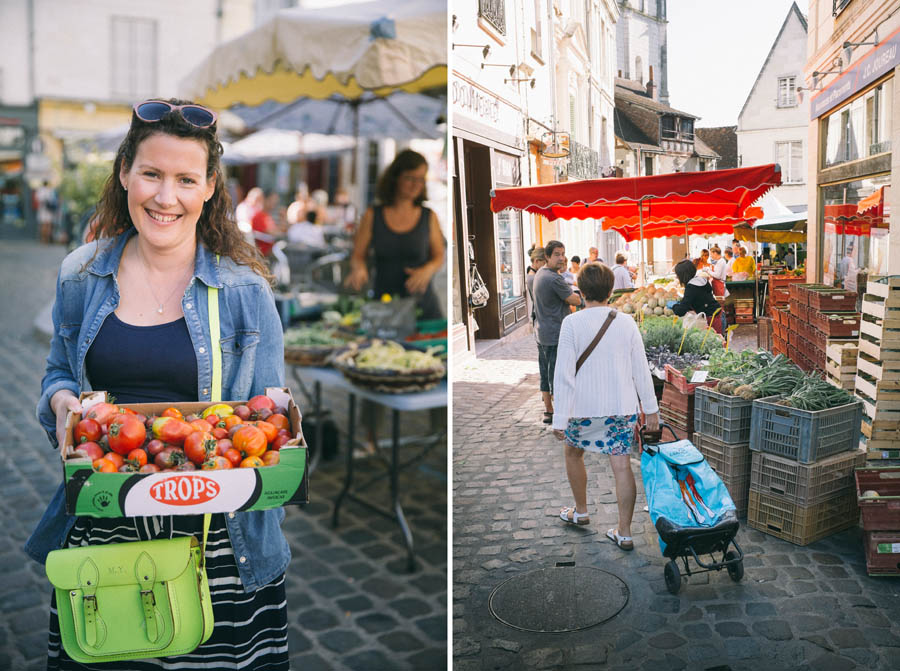 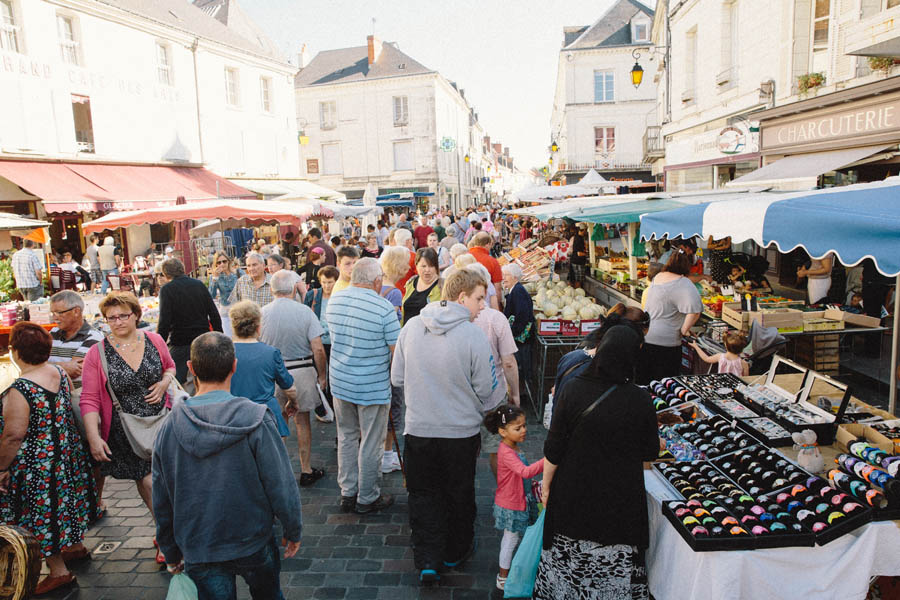 By 9am the street in the centre of town where crowded with stalls, shoppers and locals catching up on the week’s gossip. The wares for sale varied from brick-a-brack to made in China fashion accessories, vast fruit and vegetable stalls and very small scale local artisan food producers and growers. 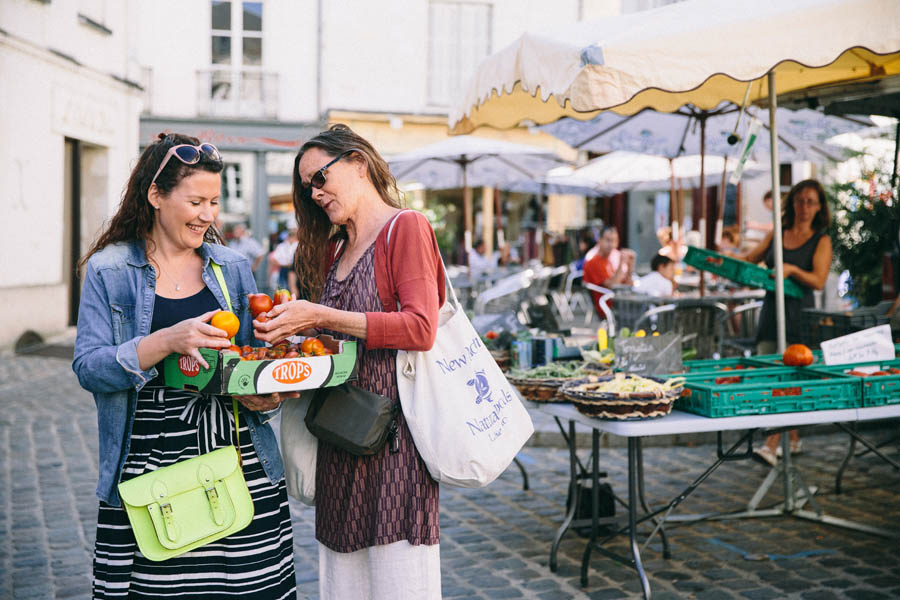 Terresa explained the lay of the land to us. Surprisingly to me, like in many Australian markets, the fruit and vegetables available in markets like this across rural France are mostly the same as those you would buy in the big supermarket chains. Terresa’s experience and knowledge meant she was able to introduce us personally to the growers and producers at their own stalls. We bypassed the generic stuff we got right to the heart of what going to make our very special meal later that day. 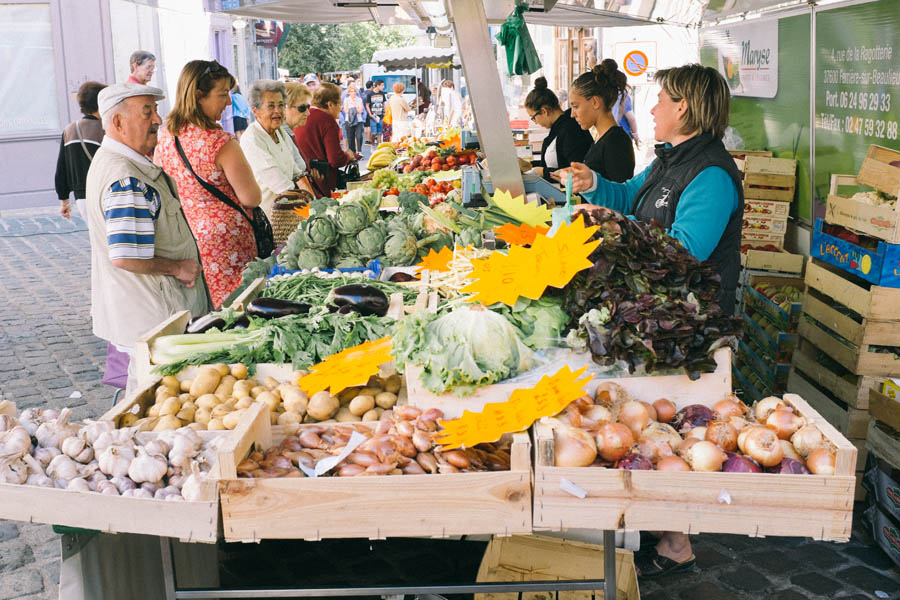 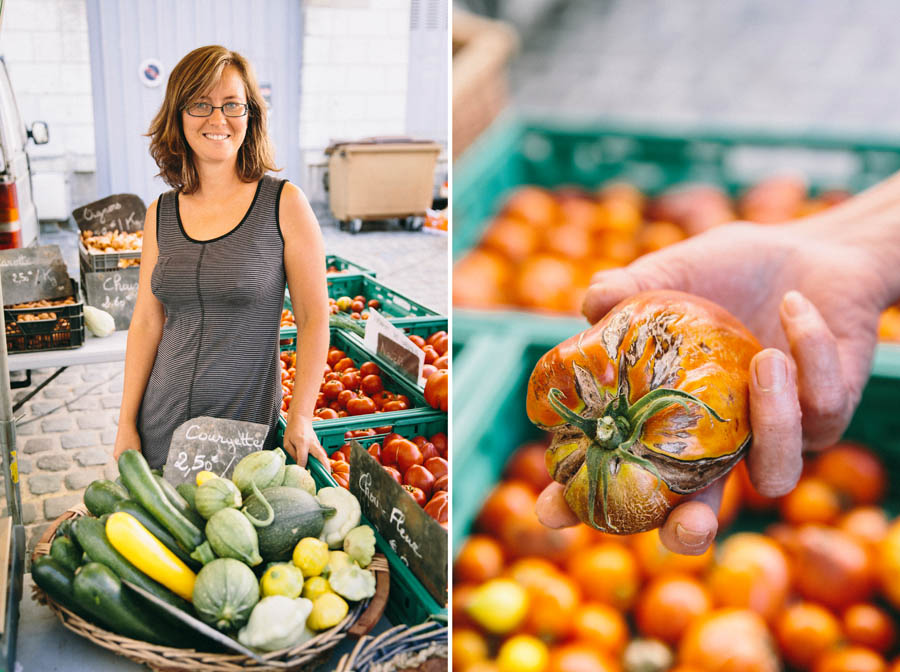 Once pointed out… the difference between the mass produced fruit and veg and the artisan heirloom grown varieties was obvious. The wonderfully imperfect nature of the “real deal” getting my creative cooking juices flowing. 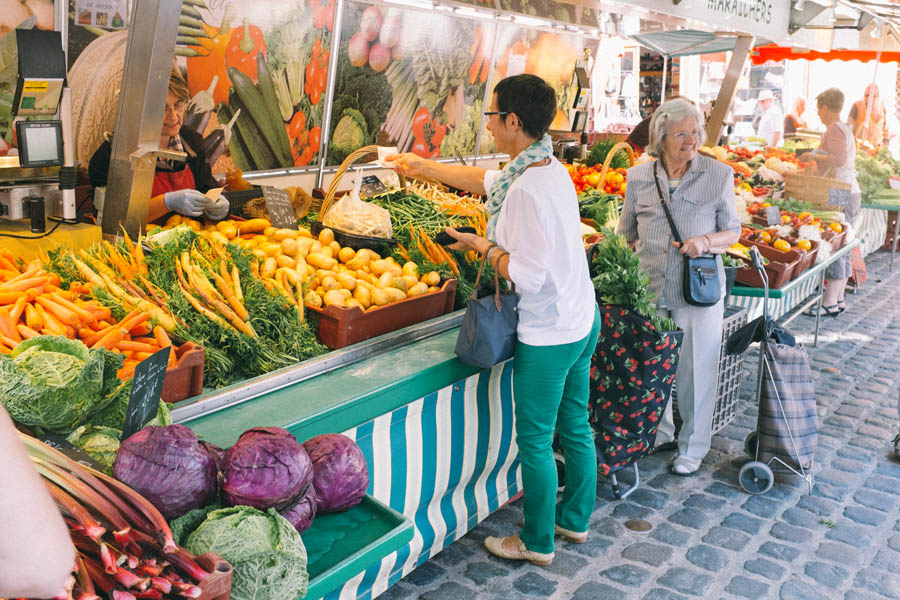 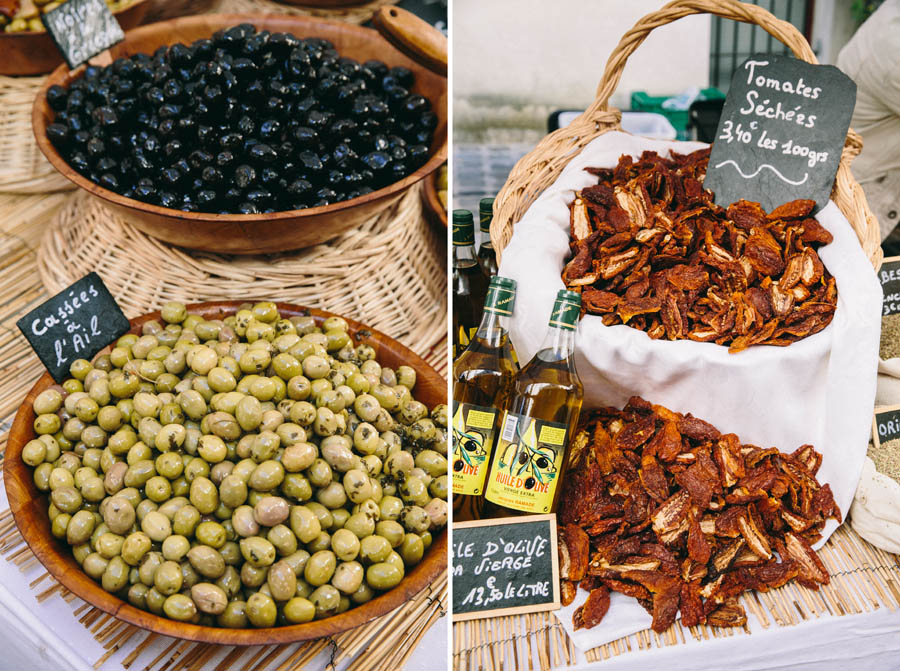 This particular market catered for all our culinary needs. We were able to find a wide array of picnic ready supplies. 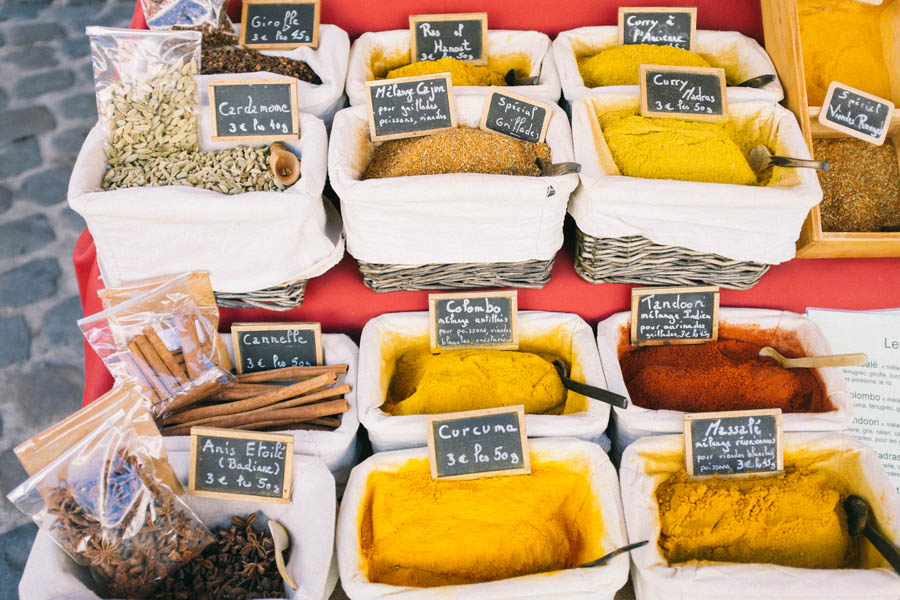 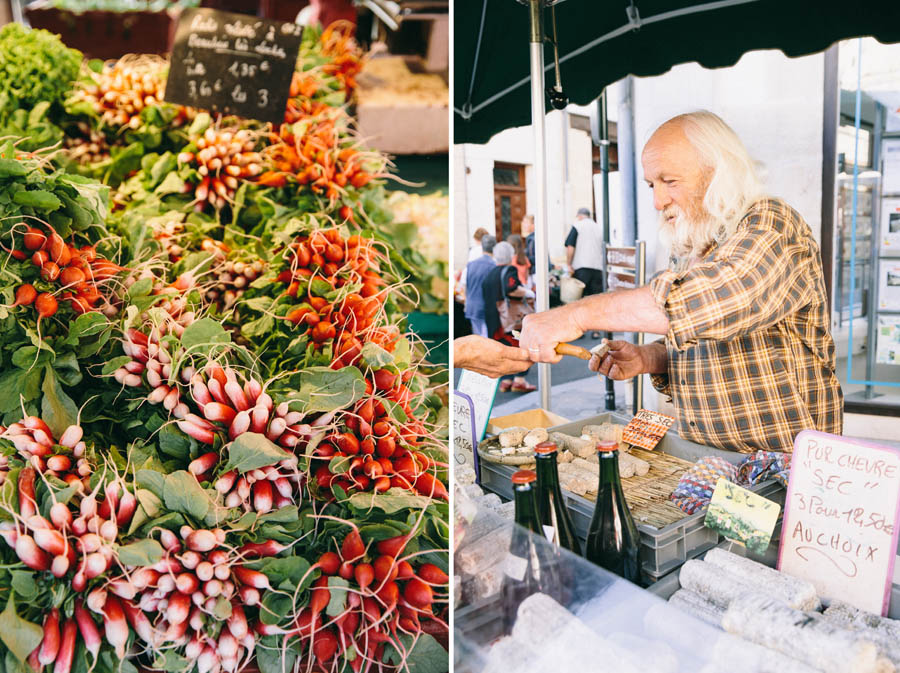 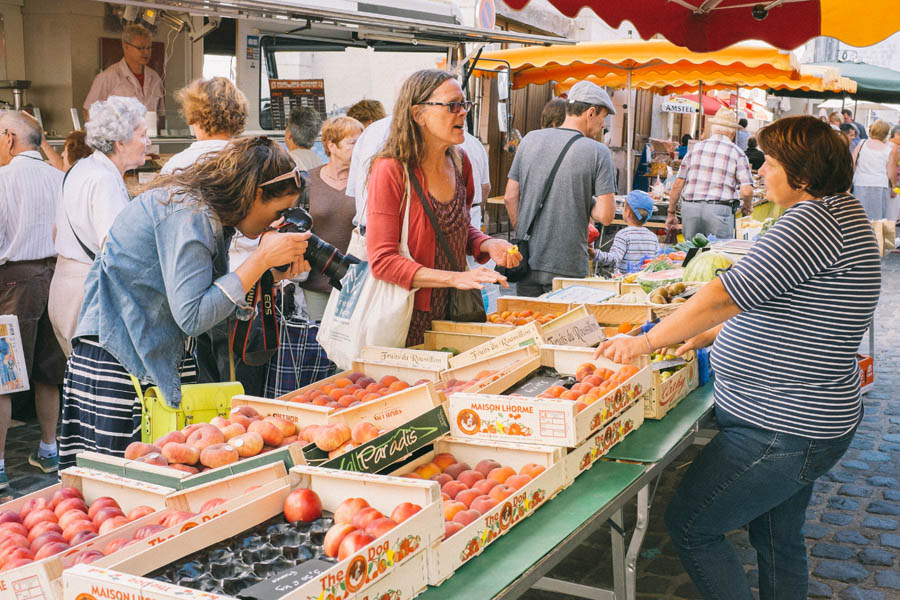 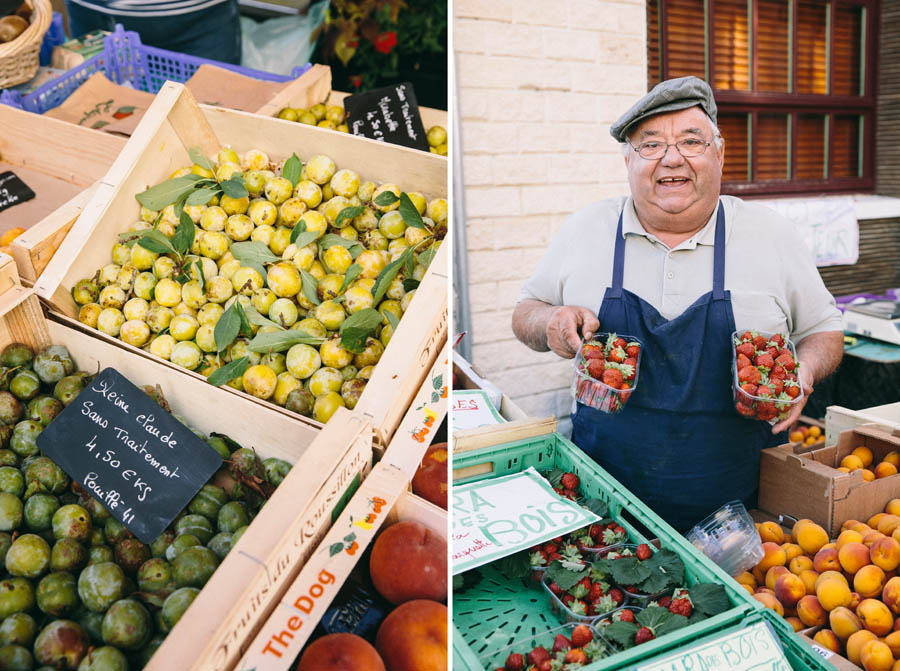 With friendly faces and the perfume of fresh summer fruits in the air a trip to the market was a truly inspirational experience. We picked up varieties I had never seen before, like these gorgeous yellow mirabelle plums which would later become a show stopping tart. 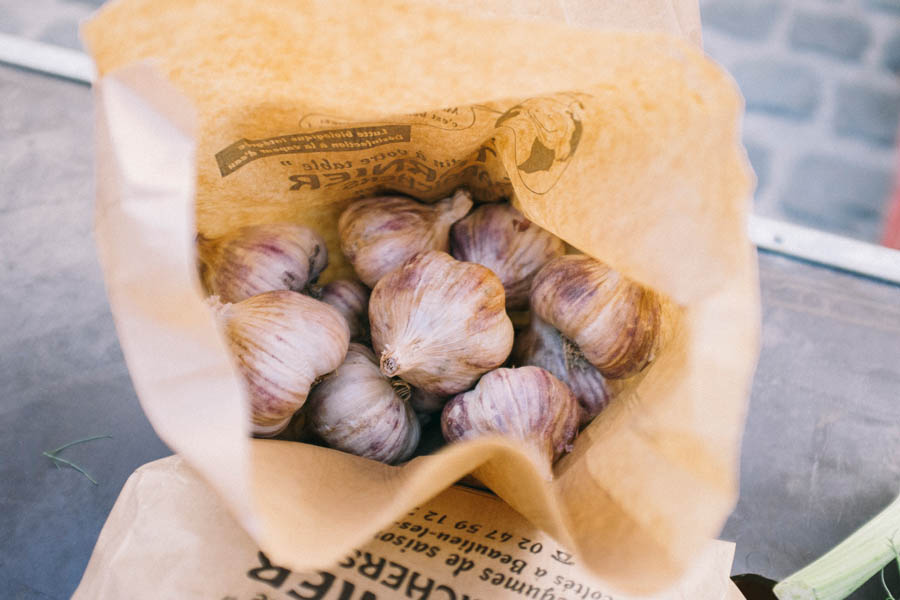 I would have loved to bring some of this bread flour back to Australia. The artisan producer at this stall not only grows the wheat but mills the grain for the flour which he bakes into these heavenly tasty and satisfying loafs. 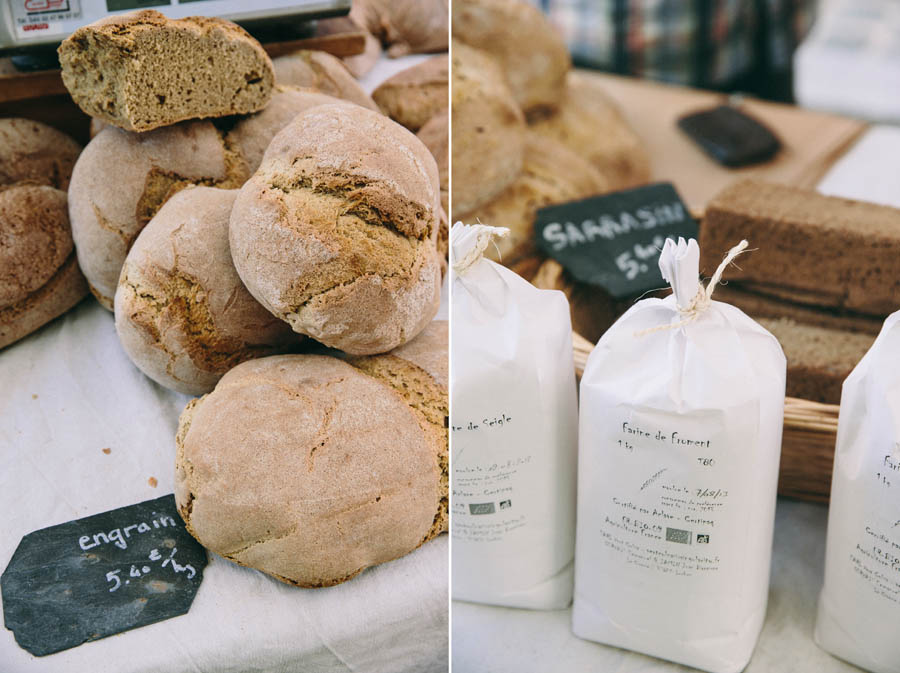 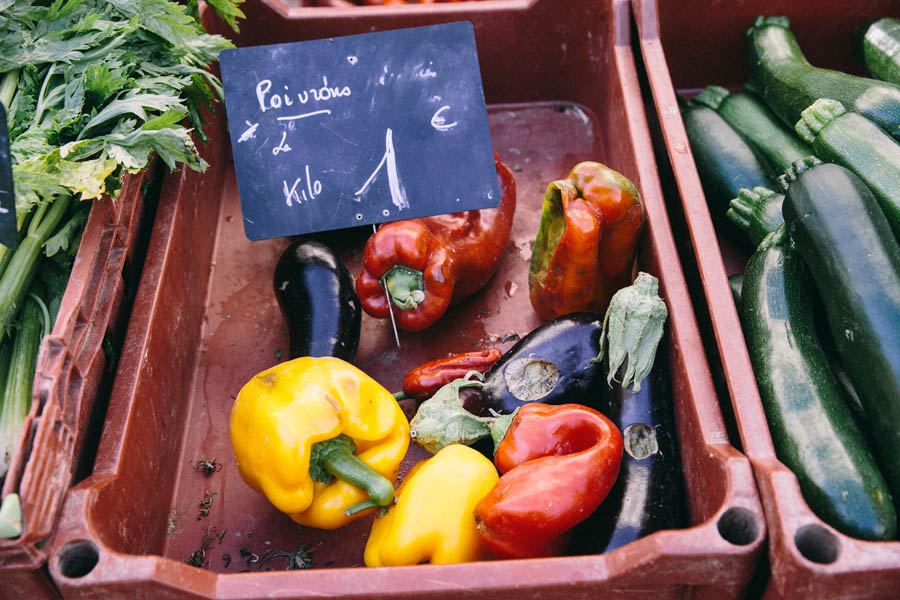 This crate of poivrons “pepper” (among other things) on the side of a large commercial veggie stall was an interesting discovery. Sitting side by side with perfectly formed and uniform cousins these gnarly misshapen gems, Terresa explained, where most likely organic veggies gown by the stall holder and sold at a discounted price. Let’s just say that some of these became part of our outstandingly delicious lunch. 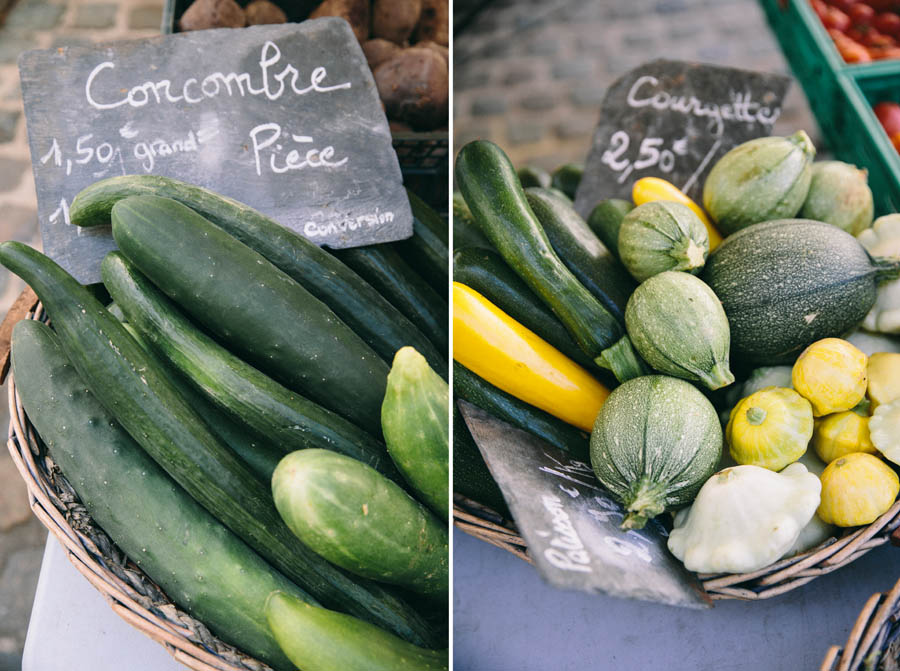 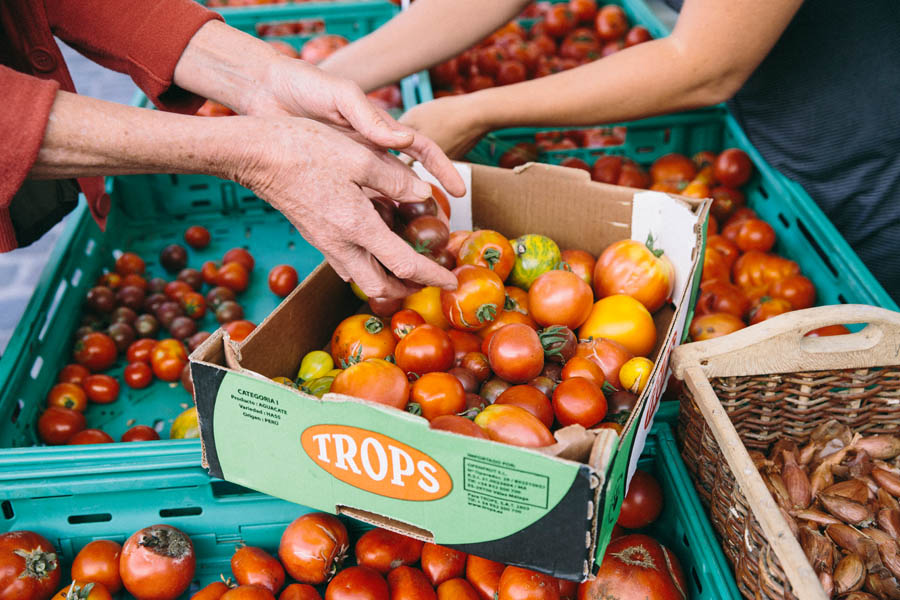 One of the most important lesion I learned from this market tour was to keep your eye out for something special. For example when you see tomatoes for sale as fabulous as these… buy a whole box. 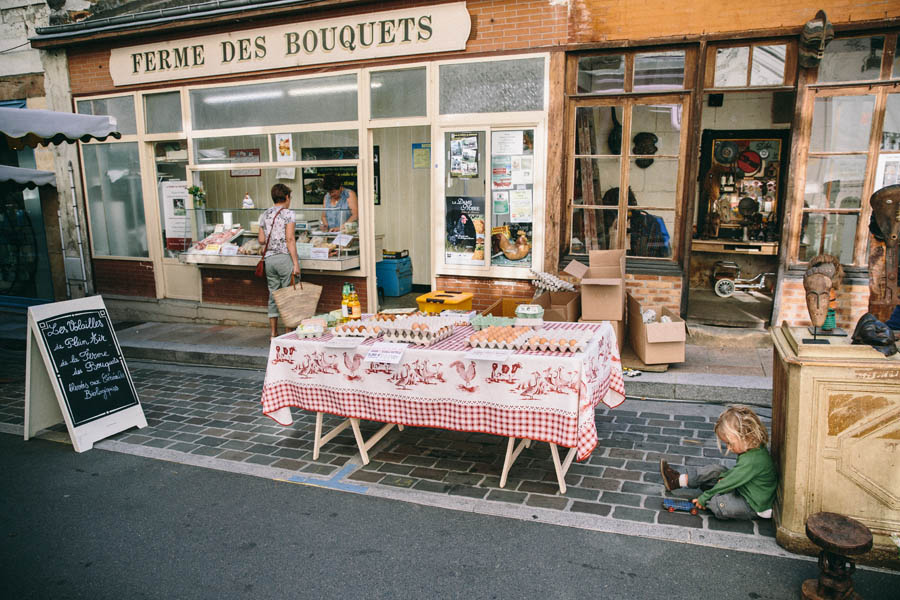