It’s just a few days until Australia’s inaugural Meat Free Week, which runs from 18-24 March 2013, gets under way. The campaign has already raised more than $60,000 in pledges through animal-loving Aussies who have signed up to take the seven-day challenge. Anyone can get involved by signing up for the challenge of giving up meat for a week or sponsoring someone they know to take part, helping to raise funds for Voiceless, the animal protection institute.

The Meat Free Week website is a wonderful resource for Vegetarian and Vegan recipes. Take a look through the selections listed below and the recipes online. This one, BAKED EGGPLANT, CHICKPEAS & GREEN CHILLI, By Bill Granger, is a highlight. 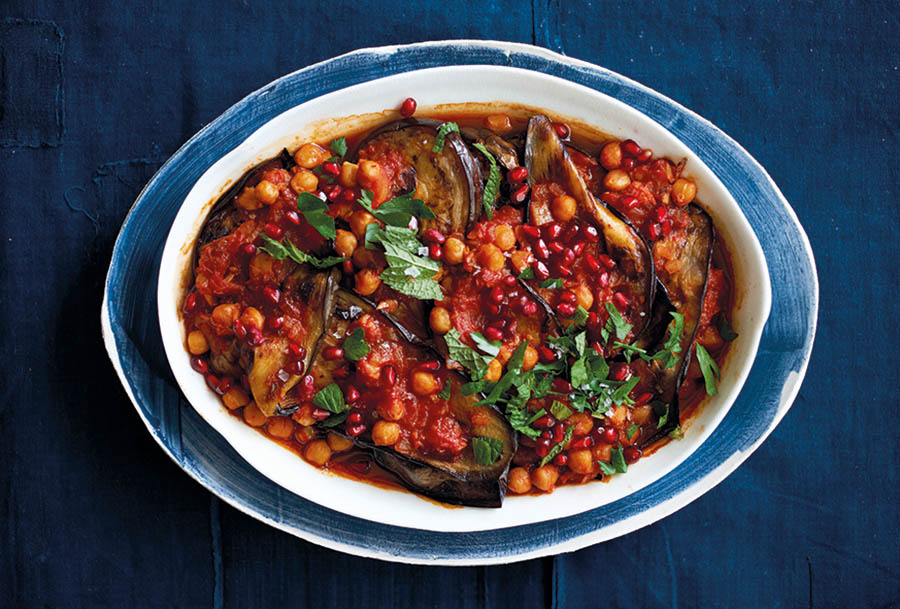 Recipe and image taken from Easy by Bill Granger, published by HarperCollins, RRP $49.99.

Place two large frying pans over medium–high heat. Lightly brush both sides of the eggplant slices with olive oil. Add a single layer to each pan and fry for 4–6 minutes on both sides, until well browned. Set aside and repeat with the remaining slices. Place half the eggplant slices in a medium casserole dish.

Return a frying pan to the heat with 1 tablespoon olive oil. Add the onion, garlic, ginger, chilli, paprika and cumin, and cook, stirring occasionally, until the onion is translucent. Add the tomatoes, chickpeas and pomegranate molasses. Mix together and season well with sea salt and freshly ground black pepper.

Pour half the tomato mixture over the eggplant slices in the casserole dish, cover with the remaining eggplant and then pour over the remaining tomato. Transfer to the oven and bake for 15 minutes.

Serve in the dish or allow to rest and serve warm or at room temperature dressed with parsley and mint, pomegranate seeds and sea salt.

Australians are among the biggest meat eaters in the world. With an average consumption of 120kg per person per annum, according to a report released by the Australian Institute of Health and Welfare, we eat almost three times as much meat as the world average.

Meat Free Week co-founder, Lainie Bracher, explains: “It’s not just factory farming that we need to consider, but also the impact of excessive meat consumption on animal welfare in general, as well as the environment and our own health.” Co-founder Melissa Dixon adds: “We know it’s a big ask to cut back something you love to eat, but when people know the facts, we’re confident they’ll commit to eating less meat and make the choice to buy ethically produced meat.” 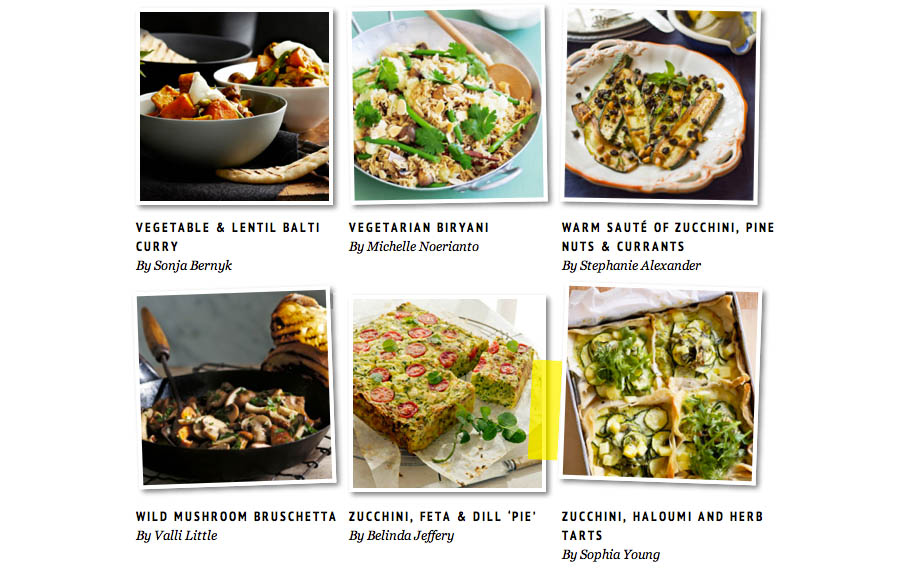 The campaign has attracted a wide range of supporters who are embracing the cause including media identities Laura Csortan, actor Krew Boylan and comedian David Smiedt. Leading chefs Simon Bryant, Belinda Jeffery, Matt Wilkinson and Bill Granger are among many who have provided a range of delicious meat-free recipes for the campaign.
Chef and ambassador Simon Bryant explains: “There is a way to eat meat without contributing to the unnecessary cruelty of factory farming. By purchasing ethically sourced meat, eating less of it or perhaps giving it a miss all together we have the power to make a lot of lives so much better. As custodians of this planet it is our job to make these changes happen by asking the right questions and rewarding farmers who follow best practice with fair prices for their work and produce.”
The majority of the money raised from taking part in Meat Free Week will go to Voiceless, the animal protection institute. Voiceless is a not-for-profit think tank that drives reform and helps build the animal protection movement by offering grants and prizes, creating influential networks, promoting informed debate and conducting research to expose legalised cruelty. A grant awarded from Voiceless assisted with this project. 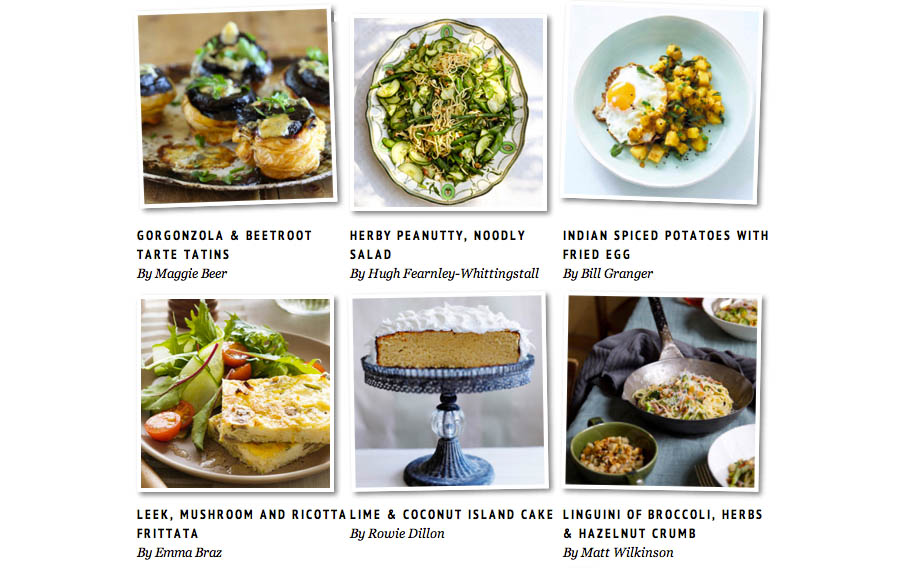