ABC Catalyst “A Heart of the Matter”

Although I agree with a lot of points raised in the ABC Catalyst episode this week: Heart of the Matter Part 1, I believe there was a lot left out. Nutritional science is very challenging as hard evidence is often misrepresented. Pharmaceutical companies are very powerful as well as marketers and advertisers. Yes, I agree that our high consumption of carbohydrates in the form of processed grains and serials has a lot to do with the high rates of degenerative diseases (including heart disease) due to the inflammatory effect they have on the body. Although, I don’t think the increased level of inflammation in people’s bodies eating the standard western diet was adequately discussed. Meat and dairy along with processed oils are too responsible for inflammation.

I ask the ABC and Catalyst to refer to Dr T. Colin Campbell, Dr Caldwell B. Esselstyn, Jr, Dr John A. McDougall and Dr Dean Ornish in the interest of presenting a balanced review of the link between diet and heart disease. I believe these widely published and respected medical professionals are leading the way in this area of research and treatment and they were not mentioned during the ABC’s presentation. The China Study, recognised by The New York Times as the “most comprehensive large study ever undertaken of the relationship between diet and the risk of developing disease” should have been referenced.

I believe that the information shared during the episode could be easily misinterpreted and understood as an excuse for individuals to consume high levels of animal products (which is a terrible idea). 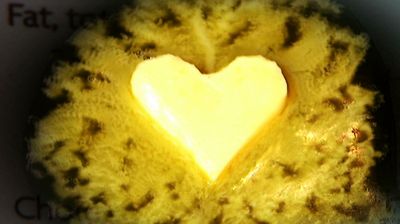